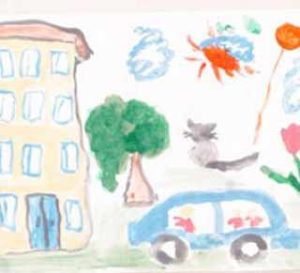 An extraordinary example of puppetry in hospice and palliative care is the beautiful story of a beautiful soul, … my dear friend, Gina. I was told Gina probably would pass within a month and she was a forceful little girl – if she did not like someone, she simply would point her finger toward the door and that person generally knew that was their signal to leave the room, … vacate! (I can tell you, if this should happen to you, do not take it personally.)   🙂

I walked in on a lovely Spring day and Gina was in her bed. I introduced myself by saying I had some puppets who couldn’t wait to meet her! Gina was watching TV and never made eye contact. I began taking out the puppets and she shook her head as if to say “no.” I took her cue and simply sat there with a puppet in my hand. When the music came on TV, I just moved the puppet around as if it were dancing. Gina caught this with the corner of her eye and said nothing. At the end of my visit I said, “Gina, may I come back?” She didn’t speak, simply nodded yes and off I went. That was all that happened and I remember feeling a huge wave of relief knowing I had gotten the green light from Gina indicating I could return.

Gina defied the odds and lived one more year. We celebrated Halloween, Thanksgiving, Christmas, Valentine’s day, and Gina’s 8th birthday. We celebrated everything – and we celebrated nothing at all. Most importantly, it was Gina who “ran the show.”

I would call and ask Gina if I could come over. As I walked down the hall, we had a code—she knew it was me, always singing as I approached. She would wait for her “friends” to come out of their basket and one by one they gathered around her bed. There was one steadfast rule Gina insisted on as our puppet shows would begin, … the puppets had to be “good and kind and gentle.” Gina’s Mom and Dad and 15-year-old brother would often be present in her room observing their little girl at play. Sometimes they’d join us. Gina’s imagination would take over as she became the teacher. We’d clap at the end of every show as the puppets took their bows while saying, “I love you” to our make believe audience. One puppet in particular was important to Gina, and she named him “Wise Old Pa.”  Gina ‘spoke’ through this big old bear and the words she chose had an undeniable wisdom that was far beyond her years.

Throughout countless surgeries for brain cancer, Gina never dwelled on her illness. She had work to do, a “show” to put on! With Gina, there was never a scripted or prepared story by me – there was no need, as she had decided from the very first day who’d be running the ‘show’ … and it wasn’t me! There was laughter, singing, dancing, love and joy – and always courage.

One afternoon, as I quietly entered Gina’s room, Gina was napping and her Mom was sitting off in the corner softly crying. Gina woke up and asked, “Mama, why are you crying?” Her Mom responded, “I cry, my baby, because you are in pain, and I wish I could take that pain from you.” Gina replied, “Oh Mama, don’t cry. I take the pain because I can.”

I was asked by her parents, through the puppets, if I would tell Gina it was now her time to go to Heaven. I share this profound and privileged moment because even then Gina called the ‘shots.’ When I agreed to take on this challenge, I thought that a bunny she was particularly fond of would be the best suited for this profound moment. As I reached for the bunny Gina shook her head with a ‘no’ and pointed to the butterfly.

The butterfly whispered to Gina in a gentle, sensitive and tender tone, asking if she was ready to go to Heaven. Gina replied, “Yes.” The butterfly reminded Gina that because she was such a good teacher, from the Heavens she would be helping all the other children learn so much. We went through the memories of the past year – of painting, drawing, reading, singing, dancing, and how much she’d been teaching all of us. Gina asked the puppet questions, and before I could respond, she would answer. One of her questions was, “How will I get paints and colors in Heaven?”… Gina immediately followed with, “Oh, I know, I’ll get the colors from the rainbow.”

As Gina’s life and purpose on earth was drawing to an end, I visited her one last time. As I entered her bedroom, her eyes were closed, and Gina was giggling and smiling and cooing. Her Mom was with her and asked Gina what she was doing. Gina said, “The angels are helping me, Mama. They’re teaching me to fly!” Her Mom said, “Where are they?” With her eyes still shut, Gina pointed and said, “They’re over there!” Her Mom responded, “Oh, yes, I see them!”  At that moment Gina opened her eyes, looked into her Mom’s eyes and said, ”Oh Mama, don’t be silly, you know you can’t see them, only I can!”

I attended Gina’s funeral and delivered her eulogy. I know from the Heavens Gina was gifting me the words. At her graveside, I was given the privilege of releasing hundreds of butterflies into the universe. At that exact same moment, the Blue Angel Air Team flew a practice formation over the cemetery.  I know in my heart they were escorting this angel … “Home.” 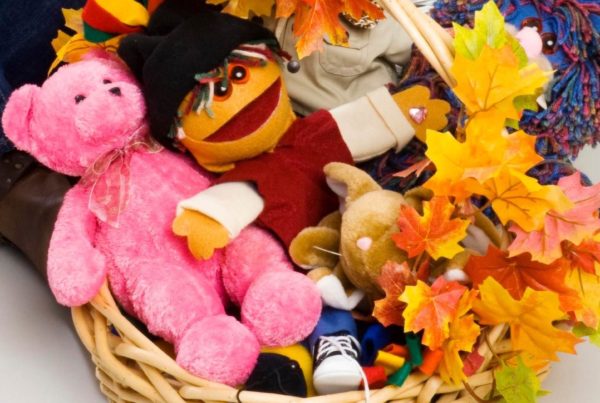 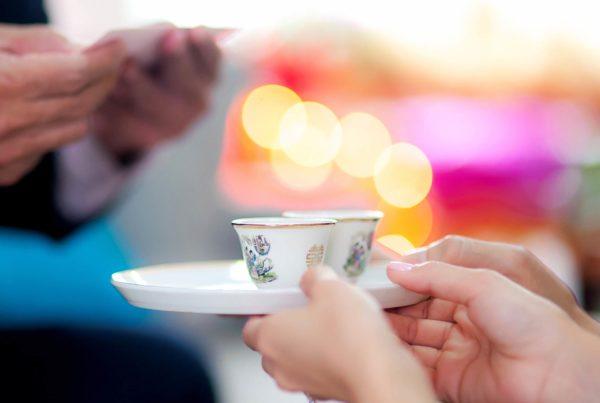 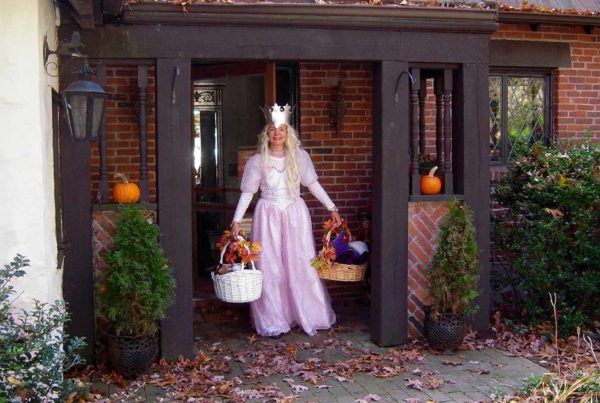